Temples and Demons and Heights, Oh My!

Sometimes it’s hard to say what inspires a story, but I have no doubts about what inspired AZTEC GOLD: A temple, a demon and my fear of heights!

Several years ago, I was lucky enough to be able to visit Teotihuacan, a pre-Columbian city which boasts some of the tallest pyramids in the world, the Avenue of the Dead and beautiful murals. At its zenith, Teotihuacan may have been home to as many as 200,000 inhabitants who one day just disappeared.

Did I mention that there is also evidence that the citizens of the city sacrificed humans and animals? 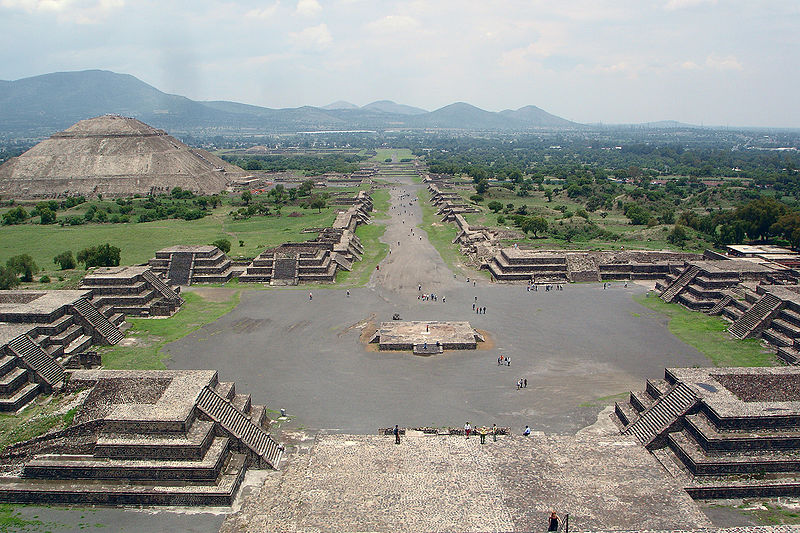 You can imagine that my writer’s mind was churning as I walked the long Avenue of the Dead, strolling from the Pyramid of the Moon to the Pyramid of the Sun. Where had these people gone? Why had they made the sacrifices and was it possible that the wrath of the gods had caused the collapse of the city and disappearance of its inhabitants? 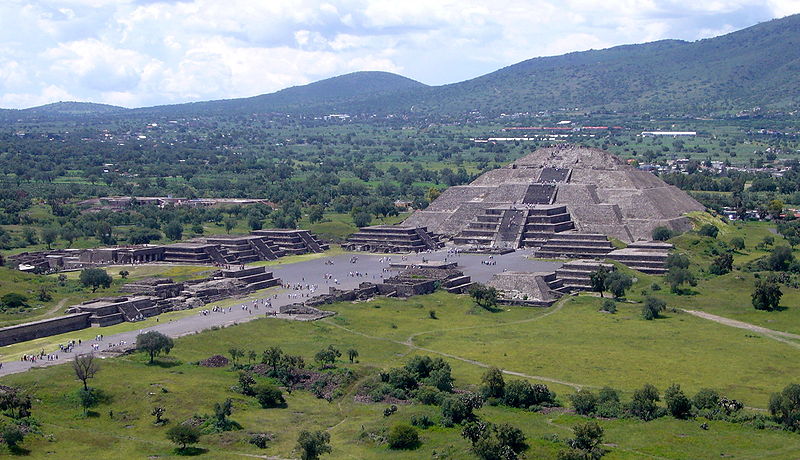 Years later as I tried to conjure up a story with a different demon, those pyramids came to mind and after doing some digging around, I discovered the dreaded Itzapapalotl – the Clawed Butterfly.

Perfect, I thought. A pissed off demon running wild in a pyramid would make a perfect demon, but just to make it a little better, the demon is actually the daughter of the dreaded Itzapapalotl!

A temple and a demon. But what about the fear of heights? Well, here is where it gets a little more personal and a bit of the author works its way into a story.

You see the heroine in the novel, Cynthia Guerrero, isn’t afraid of heights, but she is fearful. She watched her parents die many years earlier and since then, she’s buried herself in the museum in which she works. For Cynthia to leave the safety of that place will take a lot. It’ll take Cynthia wanting to find out what happened to her lover.

That takes courage, but if Cynthia couldn’t go on that journey, she would be missing so much in life and she would never find her former lover, Rafael Santiago, who disappeared into the Mexican jungle and a temple much like the ones in Teotihuacan.

Like Cynthia, I had to face my own fear that day at the pyramids. You see, I am very afraid of heights, as well as airplanes and flying. A bummer since I love to travel and am therefore waiting for the day when I can say “Beam me up, Scotty.”

But I can’t just beam from place to place, so I had a tough choice to make. Sit at ground level and not feel the power at the top of that pyramid where the ancient Teotihuacanos believed their gods could best be felt, or push past my fear and make the climb.

Like Cynthia, I somehow overcame my fear and made the climb and it was breathtaking at the top of the pyramid where I could see for miles and miles and gaze down on a remarkable ancient city and wonder at how its people had lived and died. 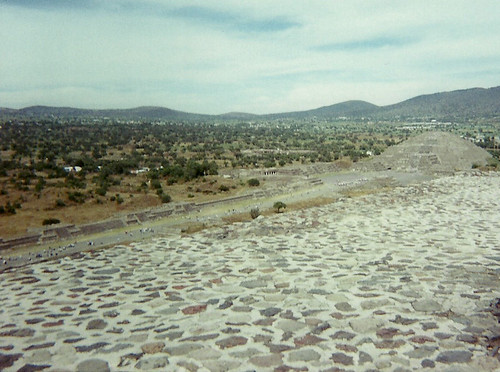 I hope you enjoyed this journey with me and will take the time to share Cynthia’s journey in AZTEC GOLD. Maybe you’ve had a similar journey, either to a place that you could not forget or to overcome a fear in order to experience something new. Now that I’ve shared this journey with you, why not share one with us?

« Before You Hit Send is back!
One Real Thing — The Call »

11 thoughts on “Temples and Demons and Heights, Oh My!”