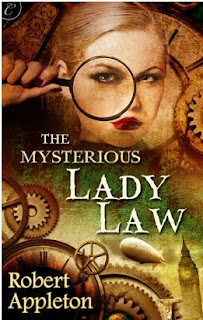 [Stay tuned for an eBook contest at the end].

Okay, quick question: How many of you write poetry?

All right, and from those who affirmed, how many write traditional rhyming (metric) verse? Not many, I’ll bet?

And lastly, of those rhymers, how many of you write narrative (story-based) rhyming verse? That’s pretty rare, but I know there are still some of us around, quixotically playing bard.

Okay, now here’s where I come in. You see, about six years ago, from that niche within a niche, I co-wrote a collection of sci-fi/fantasy narrative rhyming verse with a Tasmanian author named Sally Odgers. Just for fun. We fashioned our style on the Victorian/Edwardian poets we loved, and pretty much threw caution to the wind. Our verse was often so dizzyingly “out there” in terms of structure and plot, we ended up trying to one-up each other on both counts. The result, while probably un-publishable (hey, never say never!), was a creative explosion of story ideas the likes of which I’ve never encountered anywhere else.

Better than any outline, our poetry had verve and passion and vivid imagery to boot, not to mention fully-formed “high-concept” plots galore. Enough for decades of story writing. Even after I stopped penning verse, I carried those crazy ideas around with me like a magician’s bag of tricks, hoping to some day dust them off in a fresh venue, for a new audience.

In early 2010, lightning struck when I read the Carina Press submission page and saw they wanted steampunk, a genre I’d never tried in prose but had unwittingly—before I knew what the word meant—fashioned into verse several times. The elements suddenly came together: Victorian era, science fiction, crazy technology, vivid imagery, high-concepts galore. And I had the ideal plot raring to go, ripped from the pages of retro poetry.

The title of the poem was The Miraculous Case Files of Herbert Law. Sound intriguing? Get this: an arrogant private detective solves over six hundred cold case crimes in Victorian London, and no one can fathom how he does it. I can’t spoil the rest, but suffice to say the novella outline practically wrote itself. Herbert Law became the icy private detective Lady Harriet Law, and the feminine angle really fascinated me in the story, especially as the working-class heroine, Julia Bairstow, is ultimately the one who turns sleuth. Also, some of the crazy steam-powered inventions in The Mysterious Lady Law are taken directly from those old SF poems!

So it just shows, a good idea, no matter how obscure, need never go to waste. It’s all about believing in that idea and never letting go—even when it seems buried in a niche within a niche inside an old poetic lark.

The Mysterious Lady Law is out now at Carina.

In a time of grand airships and steam-powered cars, the death of a penniless young maid will hardly make the front page. But part-time airship waitress and music hall dancer Julia Bairstow is shattered by her sister’s murder. When Lady Law, the most notorious private detective in Britain, offers to investigate the case pro bono, Julia jumps at the chance—even against the advice of Constable Al Grant, who takes her protection surprisingly to heart.

Lady Law puts Scotland Yard to shame. She’s apprehended Jack the Ripper and solved countless other cold-case crimes. No one knows how she does it, but it’s brought her fortune, renown and even a title. But is she really what she claims to be—a genius at deducting? Or is Al right and she is not be trusted?

Julia is determined to find out the truth, even if it means turning sleuth herself—and turning the tables on Lady Law…

Have you tried steampunk yet? What was the last steampunk book you read?

If you’d like to win an eBook copy of Lady Law, simply leave a comment on this post and I’ll pick a winner at the end of the day. Good luck!

P.S. I would have loved to post an excerpt from the poem, but pretty much every verse is a big fat rotten spoiler…and stinks of tobacco!

Robert lives in Bolton, Northwest England. When not writing, he loves to kayak whenever he can (not often enough), underachieve at soccer with his long-standing 5-a-side team, and climb the occasional mountain. His favorite authors include Patrick O’Brian, H. Rider Haggard and H.G. Wells. He is also a film buff (with a degree to prove it) who adores Harryhausen, Spielberg and Oliver Stone.

23 thoughts on “Steampunk Got Rhythm”