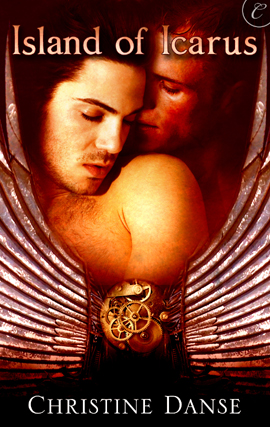 I love my fiction to break the rules, and steampunk breaks them all. Gibson and Sterling’s classic The Difference Engine, a pure science fiction, wasn’t clothed in the chrome and nuclear radiation of the future–it donned a top hat and covorted around Victorian London. Since then, the subgenre has taken a world tour around speculative fiction, collecting stamps in its passport at every border. Vampires, articial intelligence, dragons, time travel, zombies–all of these are as at home in steampunk as steamcars and analytical engines. Alchemy? Tessla coils? Oh, yes. They’re here, too.

All of that, with the romance and poshness of the Victorian Era.

It’s no wonder that steampunk is my favorite subgenre to set romance in. Adventurous fantasy, sweet historical, intelligent science fiction, pulse-racing paranormal–I can touch on all of these flavors in the same fictional world…or even in one story! With a muse as eclectic as mine, it’s nice to be able to move around like that.

…And I do! My debut novella, Island of Icarus, focuses on the historical side of steampunk–a richly descriptive backdrop that perfectly frames a sweet, budding romance between two Victorian men. You wouldn’t guess that it takes place in the same world as “Fear of Darkness,” a brief, delicious paranormal romance featuring a heroine who is afraid of the dark, a man who never steps out of the shadows, and the fear-eating demon they are chasing through 19th Century San Francisco. Nor would you expect it to take place in the same world as “That Dratted Affair with the Dream Engine,” a short piece of erotica that combines alchemy, analytical engines, and a weirdness reminiscent of an old Twilight Zone episode.

I haven’t even mentioned how fun it is to set love stories–especially nontraditional love stories–in a place in time when even a table’s legs couldn’t be exposed…much less a woman’s! That would be a blog post all of its own…

What about you? What is your favorite “flavor” of steampunk romance?