I don’t keep many secrets, especially from my husband.  When I do keep a secret, it’s never anything too serious, certainly not the stuff of soap operas–no kleptomania, no trysts with other men, no hidden babies. To confess my primary dishonesty right here, it usually involves tucking a new pair of shoes or a sweater away in the back of my closet rather than advertising that I’ve indulged yet again in a little retail therapy. I’m not even sure why I try to keep these occasional indulgences under wraps, since my husband has never once objected if I buy something for myself.  It’s more my problem than his, and my feeling that my rewards may be outstripping my family contribution–in other words, I’ve been doing something like playing Ruzzle on my iPhone even though I’m well aware the laundry is piling up. When my husband eventually learns about the new purchase, he doesn’t mind at all.

But what if someone was keeping the kind of secret they knew would make a difference? What if that person had spent years determined to keep the secret hidden, built his whole life around making sure no one ever found out? What if there was every chance that secret would change the way people looked at him–even destroy the love of the woman he married?

That’s the premise behind Lord of Secrets, my new romance from Carina Press. It’s a good old-fashioned regency in the sense that there are no secret brotherhoods or dukes who spy (not that there’s anything wrong with those!), just two very different people who have to make a marriage of convenience work. Aristocratic David, Marquess of Deal, is purposely distant and aloof, while the earnest young woman he marries, Rosalie, believes that with enough effort, she can make herself so indispensable to David, they’re bound to be happy together.

Somewhere on the North Atlantic, 1820

Rosalie Whitwell has spent most of her life sailing the globe with her adventurous father, dreaming of the day she can settle in one place long enough to have a home and family of her own. When her father suffers a fatal heart attack in the middle of the North Atlantic, Rosalie turns in her panic to a fellow passenger–the cool, reclusive Lord Deal.

For years David Linney, Marquess of Deal, has avoided the society of others. Even so, he’s drawn to his lovely shipmate, like him the victim of family tragedy.

As the voyage nears its end, Lord Deal is compelled to propose. But on their wedding night, Rosalie gets an unwelcome surprise: her handsome husband is strangely reluctant to consummate the marriage. Does she fall short of her groom’s expectations? Or is he hiding a secret past that only she can unlock?

Lord of Secrets was inspired by classic what-is-he-hiding gothics like Daphne du Maurier’s Rebecca and even, in a smaller way, by TV series like Dexter. It’s a story we can all identify with at some level because we’ve all kept secrets, and we all know that those secrets have a cost as well as a pay-off.  You can buy Lord of Secrets here.

Are you, too, guilty of hiding a shopping bag or a UPS box now and then? Here’s your chance to confess that or any other peccadillo. Leave a comment, and I’ll use random.org to select the winner of a $20 Amazon gift certificate one week from today (April 3) so you can indulge your retail itch. I’ll need the winner’s e-mail address to send the prize, so you can either include it in your comment or check back here on the 3rd and be prepared to contact me with it if you’re the winner. I’ll post the winner’s name in the comments here and on my website on Wednesday morning 4/3 after 8:00 a.m. Eastern, which is also the cut-off time for entering. 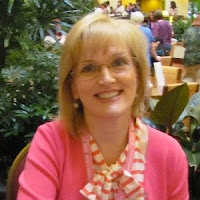 Lord of Secrets is Alyssa Everett’s second regency romance. Her first, Ruined by Rumor, is also available from Carina Press.  Look for her next regency, A Tryst With Trouble, in September of this year. She hopes you’ll visit her website and follow her on Twitter and Facebook, where she promises not to spam you relentlessly.

« Best Friends Are Like Mushrooms
What’s Your Favorite Book? »

10 thoughts on “Hiding a secret”