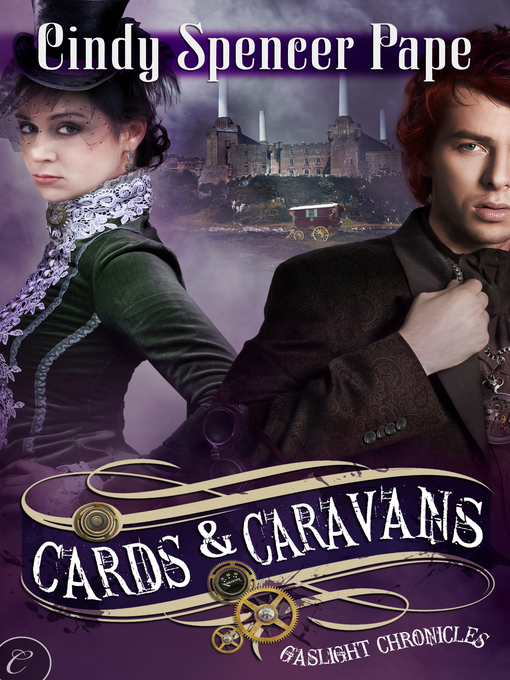 In Cards & Caravans, the fifth story in my Gaslight Chronicles series, the heroine, Belinda, has a mystical gift for reading Tarot cards. All things occult were popular in the Victorian era, so it’s no surprise that Tarot was as well. Oddly, though Tarot has been around in some form or another since the 1400s, it’s unlikely that Belinda would have been taught by her grandmother, as she claims.

Tarot began as a game–a deck of cards with four regular suits and an extra suit of permanent trumps. The earliest rules of the game that survive were published in 1637. In our reality, the divination uses of the Tarot deck weren’t really popularized until the mid-nineteenth century. In fact, the concept was brought up by a trio of authors in the 1700s, but their books never really took off until nearly a century later, when the mystical and magical became all the rage for the so-called straight-laced Victorians.

In the world of the Gaslight Chronicles, however, magick exists openly throughout the world. And if magick has always existed, it makes sense that the powers of the Tarot would have been known even to Belinda’s gypsy grandmother.

As far as believing in the power of the Tarot? Let’s just say I’m skeptically respectful. I know people I trust who believe deeply and others who don’t at all. While I have a few decks and have enjoyed learning to use them, I find them more useful as a focus for my own thoughts than for predicting what’s to come. In Cards & Caravans, though, Belinda’s cards never lie. And they reveal some intriguing secrets.

About the Book: Cards & Caravans is book 5 in the Gaslight Chronicles steampunk romance series, and releases from Carina Press on March 18. Find out more here.

Review: 4 Stars from Romantic Times: “All the trappings of a good steampunk novel are here..but most enchanting of all is the love that develops between the hero and heroine.

Cindy Spencer Pape firmly believes in happily-ever-after and brings that to her writing. Award-winning author of 16 novels and more than 30 shorter works, Cindy lives in southeast Michigan with her husband, two sons and a houseful of pets. When not hard at work writing she can be found dressing up for steampunk parties and Renaissance fairs, or with her nose buried in a book. Catch her online at:

3 thoughts on “In the Cards”