The Principality of Writing

I say it over and over again, but it bears repeating: No book is written in a vacuum. As authors, we spend a lot of time on our own, hiding away in our nooks, at Starbuck’s, or as I have done in stormy seasons—writing in the closet. So we spend all this time on our own with the characters in our heads, but before I send a book out to an editor or anyone else, it has to go through my crit partners.

I’m super lucky; I have three who read while I’m writing. Yep, you read that correctly. I write a chapter, I drop it in an email and whoosh off it goes. Not only do I get feedback as I write (which is kind of like having my own personal cheerleaders), they also catch continuity errors while I’m in progress. This means I can save myself a lot of aggravation later when I change eye and hair color or even the gender of the horse—yes, I have done ALL of these things! 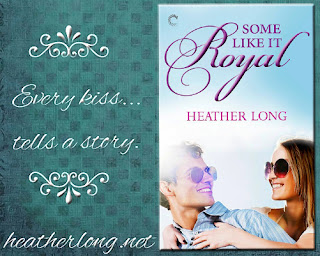 So I thought I would give you sneak peek at the comments from my crit partners as they read Some Like It Royal. As one of these lovely ladies put it, I turned her into a raging fangirl. Every time she saw a chapter come in, she dropped what she was doing (including her phone) in her rush to read it. I warn you, sometimes it’s a little like Mystery Science Writing a Novel 3000 (her comments are in green):

Now I can’t stress enough how valuable all of these comments are, even the snarky ones. Especially when I turn it in and the editor who reads it tells me:

“I read this in a single sitting. It was like The Princess Diaries meets My Fair Lady! This book twists favorite tropes, brings out a funny and engaging cast of characters, and has the perfect blend of fun with deep and vulnerable characters. Oh, and the romance is super steamy! As soon as I finished reading, I wanted to go back and read it again! But can we get more taser?”

Yes, give me some more of that please!

It’s The Role of a Lifetime…

Living out of a car and waiting tables to make ends meet is hardly the stuff of fairy tales. So when a gorgeous man approaches Alyx Dagmar with a wild story about her royal lineage and an even wilder proposition, the aspiring actress is sure he’s got the wrong woman.

Self-made billionaire Daniel Voldakov needs connections before he can expand his software business into Europe. A blue-blooded fiancée would open all the right doors–and Daniel’s certain he can tempt the pretty but penniless Princess Alyxandretta to accept the part she was born to play.

Alyx can’t resist Daniel’s offer, and throws herself into the role. But as the paparazzi fall in love with their “storybook romance,” Alyx finds herself drawn to Daniel in ways she’d never imagined. Are his returned affections true, or all just part of the plan? He’ll do anything it takes to prove his love, and to make her see that the only happily ever after he wants is with her…the real her.

So the next time you’re reading a book and some line makes you burst out laughing or you want to weep with the characters, remember—we’ve all been right there doing it, too. Jot off a note to the author—we love to hear your responses. Some Like It Royal is available now!

Heather Long, likes long walks in the park, science fiction, superheroes, Marines, and men who aren’t douche bags. Her books are filled with heroes and heroines tangled in romance as hot as Texas summertime. From paranormal historical westerns to contemporary military romance, Heather might switch genres, but one thing is true in all of her stories—her characters drive the books. When she’s not wrangling her menagerie of animals, she devotes her time to family and friends she considers family. She believes if you like your heroes so real you could lick the grit off their chest, and your heroines so likable you’re sure you’ve been friends with women just like them, you’ll enjoy her worlds as much as she does.

« Quicksilver Dreams, Book #1 of the Dreamwalker series: The Road to Being Published
Long Distance-as in light years »

2 thoughts on “The Principality of Writing”