In Motor City Shakedown, Issabella Bright and Darren Fletcher are too busy unraveling a murder conspiracy to really pause and enjoy some of the great things Detroit has to offer. But when they do get a breather, I think these are a few of the spots they’d hang out. 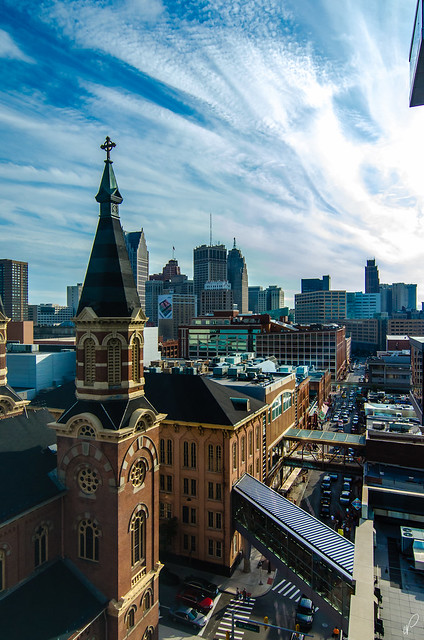 Of course, there’s plenty more fascinating locales throughout the Motor City, many of which can be found inside the Bright & Fletcher Mysteries as Issabella and Darren continue to face danger, romance, and thrills in the streets of Detroit.

Darren Fletcher, once the rising star of Detroit’s criminal justice system, has fallen far. All the way to an office in a smoky dive bar on the wrong side of the city. But a single phone call could be the key to climbing out of his downward spiral: a police brutality victim needs his help, and the family’s willing to pay. Big-time.

Issabella Bright’s daily panic attacks aren’t entirely due to her decision to forgo a flashy firm and go out on her own, but that’s a large part of it. She never thought she’d resort to ambulance chasing, until the story about a SWAT raid gone wrong proves too intriguing to ignore—it’s the perfect chance to prove she made the right decision.

But Issabella’s not the only one after the job.

Darren’s connections are enough to get past the cops stonewalling them both at the hospital, but only a judge’s order makes Issabella even consider teaming up with the disheveled attorney and his weird—and weirdly effective—methods. But as the case deepens and it becomes clear the Detroit PD is concealing a much bigger conspiracy, Darren and his methods may be all that keep her alive.

Book one of the Bright & Fletcher Mysteries

Jonathan Watkins is the author of the Bright & Fletcher Mysteries series of novels. A life-long Michigander, he lives in Ann Arbor and practices as a defense attorney when not busy writing. He adores his wife, is proud of his sons, and suffers a profound suspicion that he is far luckier than he has any right to be.