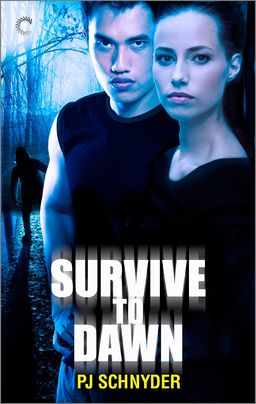 The zombie epidemic in London has been contained, but that's all the werewolf pack that protects the city has been able to manage. Danny, as pack medic, is concerned the epidemic isn't showing any signs of slowing down. And that the pack's Alpha is too focused on eliminating the deadly threat to consider working toward a cure. When a team of American scientists arrive, talking of a vaccine, Danny is quietly hopeful.

Deanna thought she was prepared for anything. But an argument with the London pack leaves her research team exposed and alone, on their own against countless hordes of the walking dead. Within hours, her colleagues are slaughtered…and it's only because of Danny that she manages to get out alive.

Deanna unhinges Danny in every way, tempting him beyond reason. She also pushes him to face the one thing he'd been avoiding: his Alpha is wrong. Simply surviving isn't the answer…it can't be.

Don't miss Bite Me and Sing for the Dead, available now!